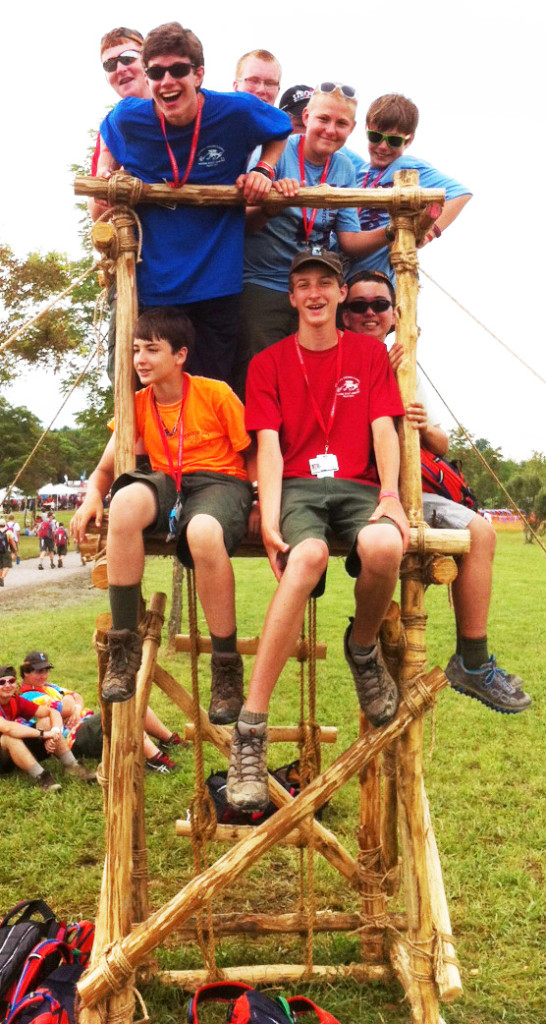 This sturdy climbing tower sees plenty of action wherever it’s built. Its a simple tower design, but very solid. It’s formed by building two trestles with top handrails, and joining them together on each side with three spreaders and a diagonal support. A rope ladder is used to climb up to the platform.

Here are the materials you’ll need: 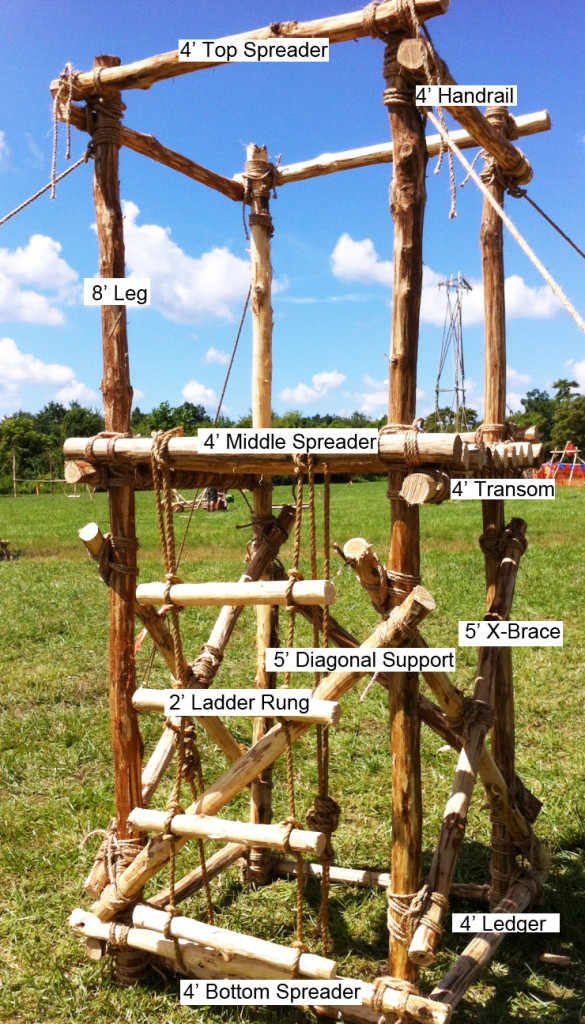 To add the cross braces (X-braces), lay one end of one of the 5-foot spars on top of one 8-foot leg, about a foot up from the bottom, and place the other end underneath the other 8-foot leg, about a foot down from the 4-foot transom. Lash this 5-foot spar in place with square lashings. Now take a second 5-foot spar, and cross it on top of the first, forming an ‘X’, and lash it in place. Where these cross braces intersect, spring them together with a tight diagonal lashing.

Connect the Trestles – When both trestles are complete, stand them up parallel to one another and join them together by lashing a 4-foot (bottom) spreader tightly on the inside of each trestle’s 4-foot ledger. Also lash a 4-foot top spreader just over the handrails, and a 4-foot middle spreader just over each platform support (trestle transoms).

Tightly lash on a 5-foot diagonal support from the bottom of one leg to just under the X-brace on the other leg.

With all hands on deck, carefully flip over the tower and, in the same fashion, join the trestles on the other side. (When it comes time to lash on the 5-foot diagonal support on the other side, make sure the bottoms of the diagonals are lashed on opposite trestles.) When the trestles are connected on all four sides, with the whole crew pitching in, carefully stand up the tower and place it in position. 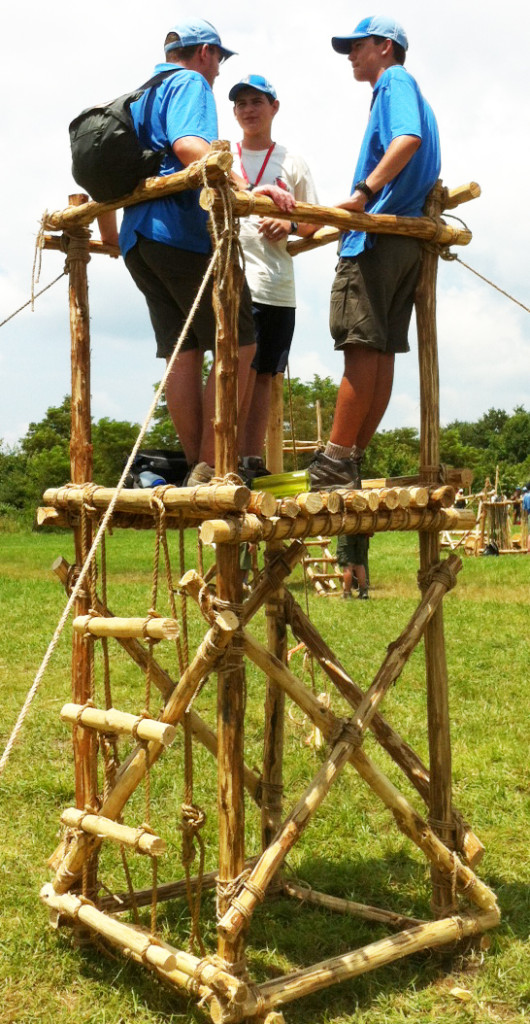 Anchor the Tower – tie one end of a 25-foot rope to each 8-foot leg, 2 feet from the top, using a roundturn with two half hitches. Construct a 1-1 anchor, 12 feet out at 45º from each corner. With rope tackles, secure the guylines to the 1-1 anchors.

Lash on the Floor – Lay out the floor spars on top of the platform supports (trestle transoms) and using the 35-foot ropes, lash them securely in place with good floor lashings.

Build and Attach the Rope Ladder – Your rope ladder is made by tying marlin spike hitches to the four 2-foot ladder rungs using the two other 25-foot ropes. Refer to making a rope ladder. Start by tying one end of each rope to the middle spreader on the side of the tower you want the ladder, using a clove hitch or a roundturn with two half hitches.  Leave enough tail in the rope so you can tie a bowline with a small loop in the end. Let this bowline dangle down 1 to 2 feet towards the ground.