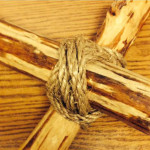 When putting crossed braces on a structure to keep it from racking (as used when making a trestle), the most important lashing is the diagonal lashing, which gets its name from the fact that the wrapping turns cross the poles diagonally. A diagonal lashing is used when there is a need to close a gap between two poles where they cross each other but do not touch. The Traditional Diagonal Lashing is tied as follows:

1) Cinch the poles together by tying a timber hitch around them where they cross.

4) Take two frapping turns between the poles, tightly around both sets of wraps and complete the lashing with a clove hitch around one of the poles. 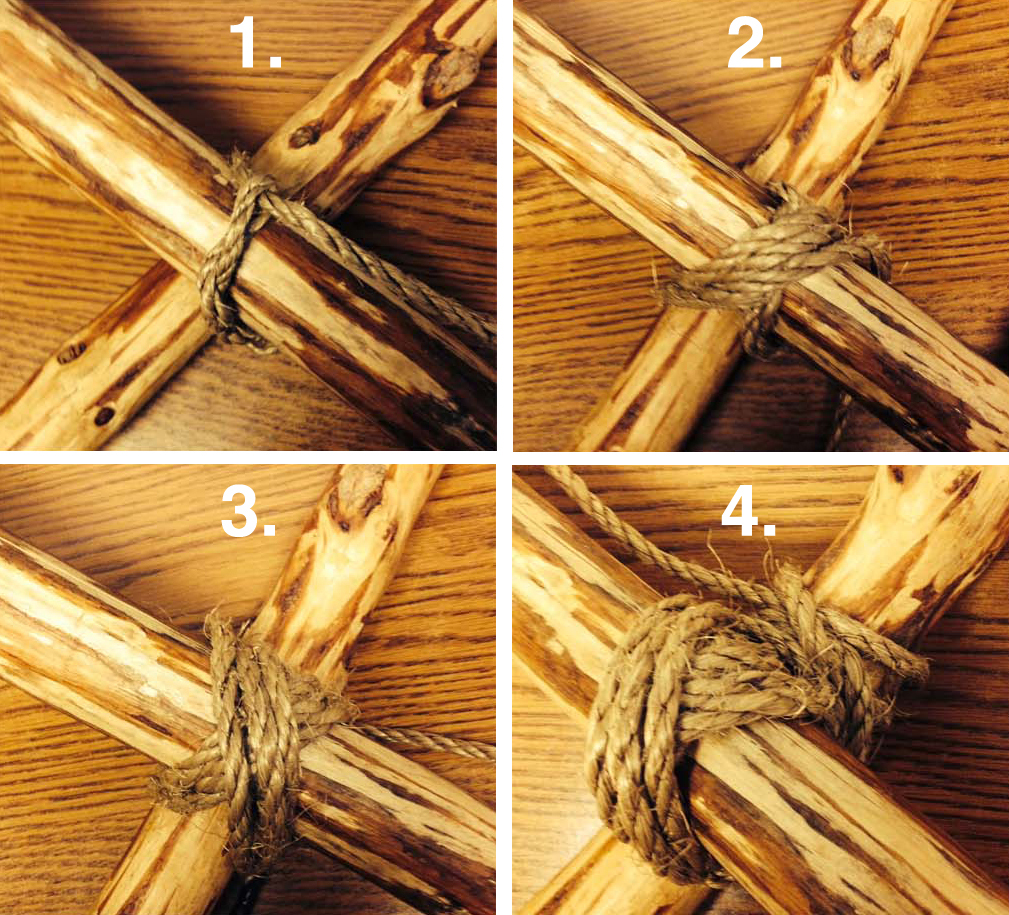